THE VISUAL EVOLUTION OF 'FOREVER SPACE' 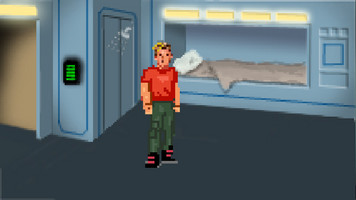 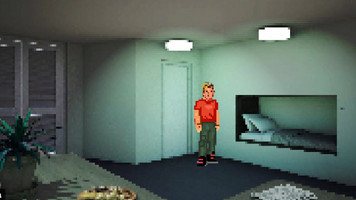 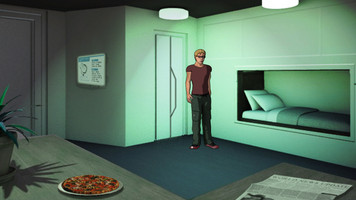 Ever wonder what changes happen to a game while in development? I can assure you, there can be lots of change. Scenes get cut. Dialog rewritten. Puzzles redesigned. If you're lucky, these changes don't throw you entirely off track and put your game in development hell!

Forever Space had some pretty major changes to its art design pretty early in the process. The game had originally been planed as featuring a rich and colorful pixel art aesthetic. The problem with that soon became apparent... I suck as a pixel artist.

I used to be pretty good, but I've been out of practice for so many years and it showed! Our budget being what it is (almost non-existent) meant that we wouldn't be hiring any real pixel artists for this job either. So the art style adapted to become something that captured the core of the game play experience, but in a way that allowed us to proceed within our means and still hope to get the game out on time!

No one is who they seem in this interactive, psychological thriller short story.