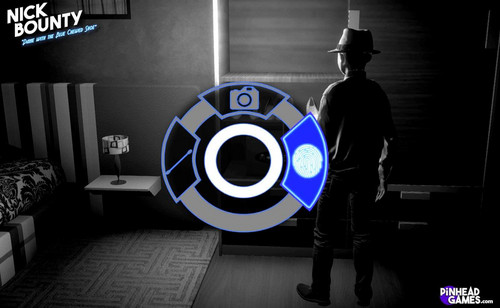 You folks asked for updates that reveal insights into the process, so I thought I'd share on of the design challenges I faced for this game, designing an "evidence collection" mechanic. This was actually more challenging than I thought. 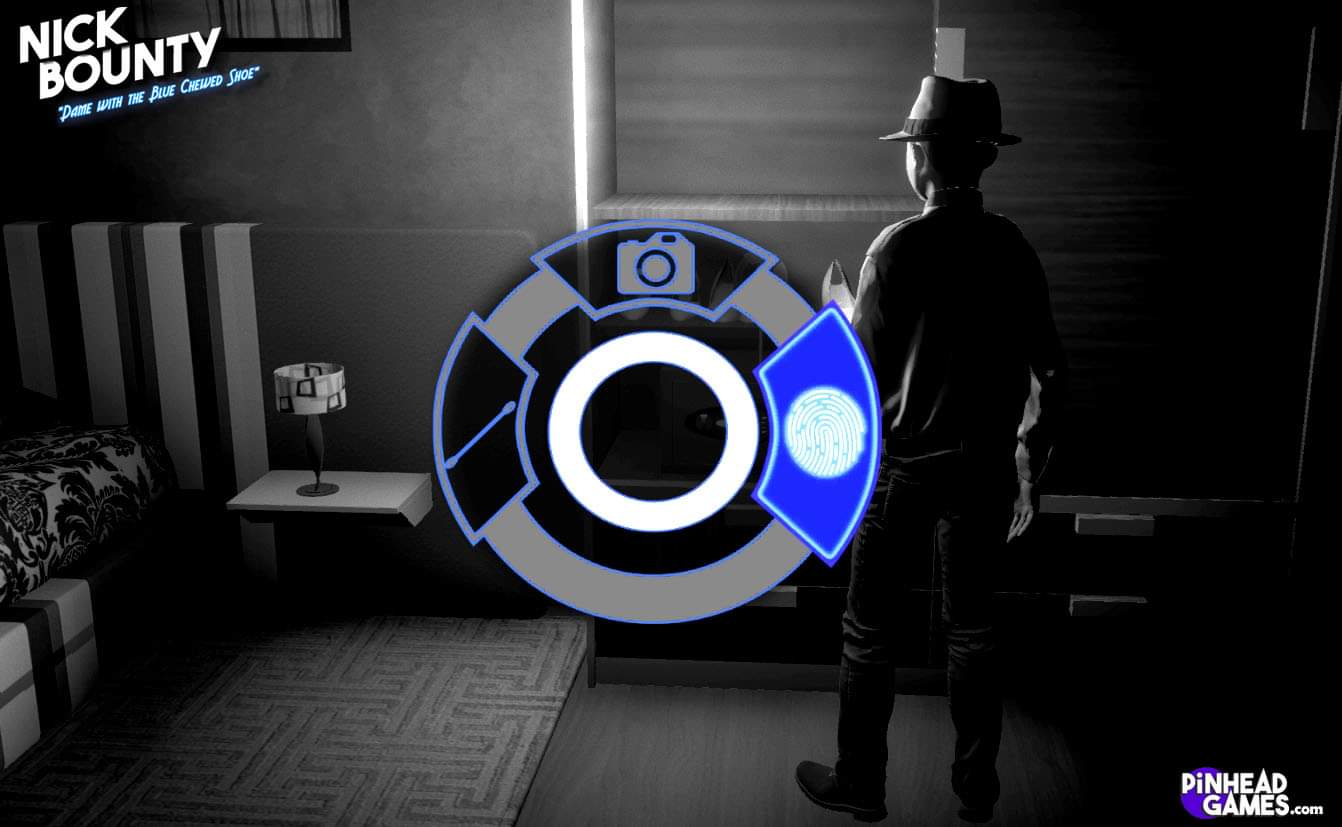 In addition to regular point & click mechanics for inspecting and collecting items in the environment, I wanted to additionally include a separate interface specifically for collecting evidence.  This wasn't meant to be anything revolutionary, I just wanted a clear separation of Evidence items and Inventory items.  I devised a simple tool-set that consists of Taking Photos, Collecting fingerprints and Swabbing fluids.

Actually using these tools could have come in a couple of different flavors... one being more challenging but potentially more frustrating, and the other being more aesthetic than clever.  I opted for the later.

The more challenging version would be to have all the tools available for every piece of evidence you are meant to collect. This would mean you have to GUESS which tool you are meant to use. The problem with this is two fold.  One, the way the game has been designed, it isnt always clear which tool is the best choice. For example, you find a shoe with chew marks in a sandbox, are you meant to photograph it? Swab it? Dust for fingerprints?  All of the above? (I eliminated the "All of the above" option early because I didn't want the player collecting two-thirds more useless information than necessary.  This game is more about the experience than sifting through tons of unrelated information. ) I was also considering scoring you on your ability to choose the right tool to give context to the challenge, but again, the lack of clear indications of which too to use would make this an exercise in frustration. This is similar to the mechanic used on the CSI games that I worked on, but I was never fully satisfied with it.

Negative feedback is the second big problem with the "Challenge" version of evidence collection. With all options available for every piece of evidence you can collect, the potential to be choosing the WRONG option skyrockets.  For me there is nothing more annoying in an adventure game than being told "Nope, try again."   Especially when choosing a wrong option cant give me useful feedback toward solving a puzzle, or at least delivering entertaining results for a wrong choice. With this mechanic, none of that is really possible.

So I opted for a streamlined mechanic that simply Brings up the tool kit with the correct tool pre-highlighted.  It's not challenging, but it does do the intended job of separating Evidence from Inventory while simultaneously  supporting the theme and immersion of the narrative.

Hope you guys enjoyed this peek into my thought process!

Get Nick Bounty and The Dame with the Blue Chewed Shoe

Nick Bounty and The Dame with the Blue Chewed Shoe

Put on your fish-tie, hire a sidekick and hunt down an unlikely murder in this comedy noir adventure!